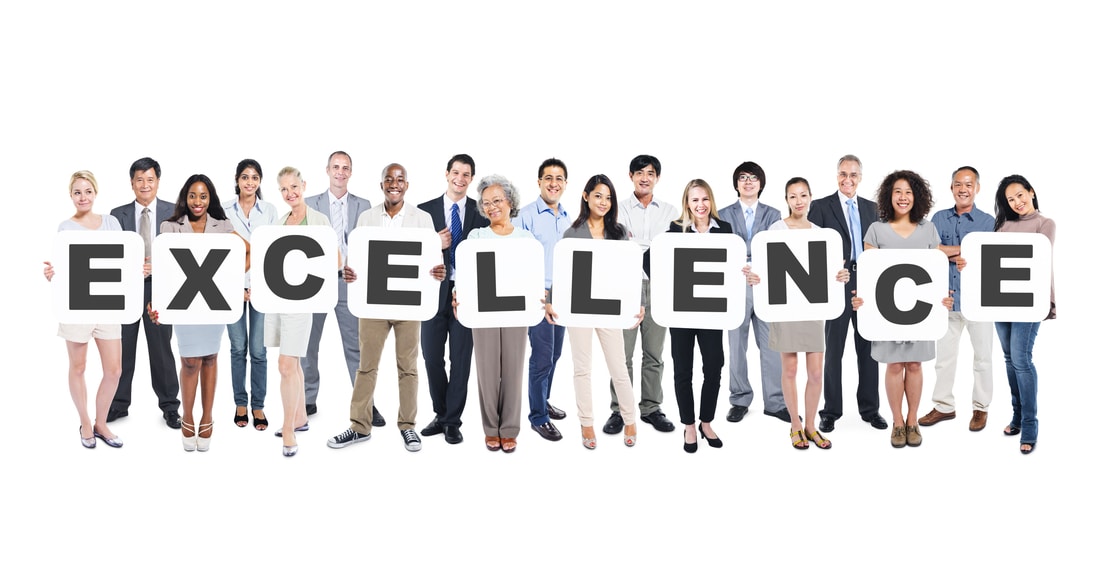 The pursuit of excellence is a valuable business asset which stems from a time-honoured personal objective.

How often do we set ourselves and our subordinates this target? I suspect often; but with what degree of success?

Before an objective can be successfully attained, we need first to define its parameters and pre-requisites and in this case, take a self perspective.

With the gift of intellect, imagination is the only limitation to what can be achieved. To achieve excellence in our endeavours, we need to use our intellect to maximum capacity in seeking optimal solutions and maximizing opportunities,

The major inhibitors to the use of our intellect are self-imposed barriers such as self-doubt, consternation and procrastination, which superficially may lead us to make inferior decisions.

Once these barriers can be identified, they can be confronted and overcome, Often, a lack of knowledge in an area induces these barriers, and the obvious solution is to identify the barriers, seek the required knowledge and proceed to act.

To each individual, excellence is a personally determined level of performance. This is vital to allow an individual the opportunity of perceiving excellence — while in certain areas a hierarchy can establish conditions and achievements for recognising excellence, this is not as important to the individual as the personal recognition of excellence.

Most individuals strive for excellence in some Manner, As we approach this achievement, the feeling of personal value increases, which in turn improves our attitude to ourselves and others, and our overall output. Put simply, the satisfaction of being successful in the pursuit of excellence significantly improves performance and as a result many other positive benefits occur.

There are interdependent relationships between state of mind (attitude), self imposed barriers, effective use of intellect, success in the pursuit of excellence.

Ideally, with a positive state of mind, self imposed barriers will be minimal and overcome and allow intellect full scope in endeavouring to seek excellence, If we fail in any of these areas, the pursuit of excellence will be jeopardized.

Most people will be able to identify at lease one area where they should improve, Once identified, certain remedial action can be taken to re-instate the full potential to achieve excellence.

The best description of the optimal attitude to fit into the scenario
outlined, is that of a4 “positive mental attitude” (PMA). Many great

writers have identified PMA has a vital ingredient to success,

One central theme to PMA is self confidence, which reduces any self imposed barriers, so critical to full use of intellect to successfully achieve excellence.

PMA is itself self—determined, Only the individual can truly judge this ingredient to success.

Excellence and success need to be clearly understood, if we are to set goals based on their achievement.

Success is most often associated with a pre-determined level of achievement set by others or ourselves, Once this level is reached; ie a given level of performance attained; the project is completed and we refer to it as successful.

Excellence, however, depends upon individual attitudes, value judgements and opinions. Excellence is perhaps not as quantifiable as Success; and is more likely to be determined by oneself, rather than others who may have set the pre-determined performance criteria for “success”,

We should never be Satisfied with only reaching the level of “success”, By utilizing a positive mental attitude with every endeavor undertaken, our objective should be a level of excellence, This feature of personal performance is often associated with successful individuals, business entrepreneurs and society leaders.

Like most aspects of human endeavor, success, excellence and achievement are more easily understood and achieved, when broken down to
components such as attitude and minimization of self imposed barriers.

Today’s world relies on interaction, both of economic forces and interpersonal relationships. Society has developed from a state of self-sufficiency to one of interdependence.

Interdependency has many advantages, but most importantly it provides the foundation for the network necessary for individuals with a possitive mental attitude and a desire for excellence to have an equally positive effect on others in society,

An important ingredient of Success in the pursuit of excellence is therefore the ability to attract assistance from others; which basically is due to a recognition of the role of others and the desire to reach the goal of excellence.

Often, society as a whole is closed to requests from individuals seeking assistance. This is to be expected. Persistence from the individual will usually result in desired results, but it is definitely not an automatic process.

Of course, once success and excellence is achieved the first time, certain avenues will open and be available for use in the next project.

Seeking Excellence in Others

A person Tesponsible for others, who acknowledges the importance of excellence, has the difficult task of ensuring certain conditions exist that will foster the development of the attributes outlined above, in individuals.

Essentially each individual will require different stimulation. In broad terms, the controlling influence (ie manager) must open communication channels with sub-ordinates and be conscious of identifying deficiencies individuals have, Once identified, specific remedies can be offered on an individual basis.

Alternatively, if management is not aware of this issue, they will not provide an environment of encouragement in the necessary personal attributes of excellence, and hence may not maximize the real values of employees.

To develop the pursuit of excellence in others requires, initially, a Personal understanding of the concept, and recognition of its importance if favourable conditions are to be created to foster its development.

PERSONAL EXCELLENCE — THE KEY TO SUCCESS

1,317 thoughts on “PERSONAL EXCELLENCE — THE KEY TO SUCCESS”